Rabbi Karol joined Temple Beth-El on July 1, 2011 to serve as spiritual leader of the congregation. Upon his retirement on June 30, 2020, he became Temple’s rabbi emeritus.

Rabbi Karol was born in Kansas City, Missouri, where both of his parents also were born and raised. His father and mother, Joseph and Ruth Karol, were active for 40 years at Congregation B’nai Jehudah in Kansas City, teaching religious school and serving as leaders of Temple auxiliaries. Rabbi Karol attended University of Illinois in Champaign-Urbana, graduating in 1976 with a Bachelor of Arts degree in Liberal Arts and Sciences (with a major in Sociology and a minor in Religious Studies).   He was ordained at Hebrew Union College-Jewish Institute of Religion in Cincinnati in 1981, and served for three years as assistant rabbi at Temple Israel in Dayton, Ohio; 22 years as rabbi of Temple Beth Sholom in Topeka, Kansas; five years as rabbi of Temple Israel in Dover, New Hampshire; and nine years at Temple Beth-El.

Rabbi Karol and Rhonda Marks (who was serving as Children and Youth Services director at the Dayton Jewish Center), were married in Dayton in 1982.

Rabbi Karol made his service to his congregation the main focus of his rabbinate. He assumed a wide range of responsibilities in the areas of education, music, communications, administration, leadership, pastoral care and spiritual development. He developed partnerships with congregants in enhancing Jewish life, bringing the best of Judaism and Jewish values to the Temple community.

Rabbi Karol’s work in schools, on community boards, on state commissions and as a leader in local interfaith organizations were the hallmarks of his service to the greater community.   For several years, he wrote a monthly column in the weekly publication, The Las Cruces Bulletin.

Rhonda is an experienced educator of young children who holds a masters degree in Jewish Communal Service from Brandeis University. She taught classes in congregational religious schools for over 40 years (culminating at Temple Beth-El) and served as an early childhood educator for more than 30 years. She directed the Early Learning Center at Temple Israel in Portsmouth, New Hampshire for three years and added her skills at three different settings in Las Cruces.  She retired from her teaching position in the Las Cruces Public Schools in 2020.

Their son, Adam, is a 2008 graduate in professional music from Berklee College of Music in Boston.   After serving as a digital communications coordinator at the Union for Reform Judaism and two congregations in New York City, Adam founded 4qconsulting to support Jewish congregations and organizations in web design and communications.  In 2015, he married Juliana Schnur, who was ordained as a rabbi in 2018 at Hebrew Union College-Jewish Institute of Religion in New York City.  She currently serves as associate rabbi at Congregation Rodeph Sholom in New York City.  They have two children.

Rabbi Larry and Rhonda moved to Overland Park, Kansas in the summer of 2021, from where they continue to maintain ties with members of the Las Cruces community.   Rabbi Karol leads the Temple Beth-El Tanakh study group via Zoom and has made himself available for consultation and Hebrew tutoring.

Rabbi Karol became a songwriter of contemporary Jewish music in 1999.  He continues in that creative pursuit (see www.larrykarol.com). 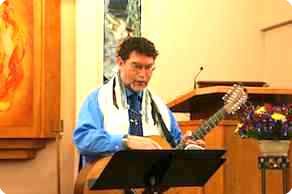 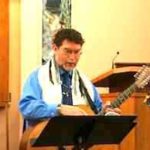 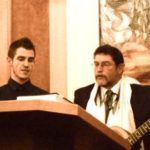 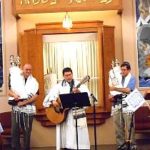 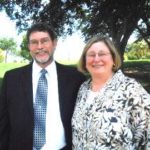